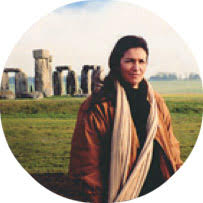 Elizabeth’s search to know herself and discover spiritual truth began at the age of 15, when she was initiated into Transcendental Meditation. After a few months of meditating, she had dreams and inspiration from the spiritual realms.

She had a vision of Christ soon after, which changed her life. The only way she thought, at that time, she could serve Christ was to become a nun. Since she was born into a Jewish family, this came as an unexpected surprise to her and a shock to her family. She soon realized that the church was not the way for her to serve Christ, but continued on her spiritual quest.

Soon after her spiritual experience she was given the book, Autobiography of a Yogi by Paramahansa Yogananda. His words of love, devotion and wisdom satisfied and spoke to her soul. She then felt at peace knowing that Christ and Yogananda are always near her as beloved spiritual guides.

Once she realized that meditation was the most important spiritual practice in her life she decided to become a teacher of Transcendental Meditation. In 1971 at nineteen she attended a three month teacher training course in Mallorca, Spain taught by Maharishi Mahesh Yogi. She became a TM teacher and taught in Los Angeles, California for many years. Her desire has always been to assist others in connecting to their higher self which brings deep inner peace and the ability to receive spiritual guidance.

Elizabeth’s lifelong passion with astrology, the sacred science and language of creation began in 1967. She attended her first astrology class with astrologer, Louis Acker, with the hope of understanding herself and the journey of the soul. She had the good fortune of studying with Dane Rudhyar, the great father of humanistic and transpersonal astrology, and many other wonderful astrologers and teachers throughout the years.

While studying and receiving her certification in metaphysics and astrology at London’s Theosophical Society, she was introduced to the Ascended Masters.  El Moyra, Kuthumi, Djwhal Kuhl and later Saint Germaine whose presence and spiritual assistance have been with her since that time. She is a member of www.groupofforty.com a  meditation and planetary healing group led by David Miller who channels the Arcturians, Juliano and Helio-Ah. Elizabeth is attuned to many  Angelic, Galactic and Spiritual Guides and the loving presence of the Divine Mother.

Elizabeth met her mentor, Yahowha, who until his sudden passing, taught the wisdom and keys of the ancient hermetic mysteries, as well as the importance of restoring the Divine Feminine to her rightful and honored position, as the Mother of All Living. 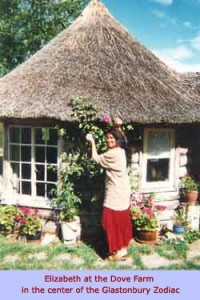 She began studying crystal healing in Glastonbury, England in 1999, and then later completed Melody’s Crystology Certification Course. Elizabeth’s education continued with past-life regression training and completing all three levels of Integrated Energy Therapy (IET) trainings. She combines these three modalities in her Crystal Integration Alignment sessions, a process to further assist one in clearing, releasing, healing and integrating body, mind and spirit in order to be free to express one’s highest potential and manifest their destiny.

In 2005, Elizabeth became the guardian of HeartStar, an ancient Himalayan crystal skull. HeartStar is one of the “group of eight” small Himalayan crystal skulls found together in caves in the Himalayas.  She wrote a book about the crystal skull journey with her good friend, Jewels Maloney. Jewels inspired the writing of the book about the meeting between Elizabeth and British Channel, Thelma Daisy Moeran.  It chronicles their  adventures with crystal skulls and the inspired poetic messages Thelma began to channel when HeartStar arrived.  The book was presented to Thelma on her 90th birthday in 2014. It is called “The Crystal Skull Messenger”and is available on Amazon.

Having an ancient connection with Glastonbury, England – the ancient Isle of Avalon, Elizabeth lived in Glastonbury for over fourteen years and considers it her spiritual home. In 1995 she began and continues to guide  sacred journeys to England, Ireland and Scotland  www.avalonjourney.com

She spent most summers in England from 1995 to 2012, which was an exciting time with the appearance of the many mysterious crop circles. Whenever possible, Elizabeth would be in the crop circles experiencing these magnificent circles with encoded messages from the Earth and Stars.

Elizabeth has resided in the beauty and special energies of Sedona, Arizona since 1990. The red rocks are healing, nurturing, powerful and inspirational and offers private and group retreats and vortex tours.

Elizabeth looks forward to being your sacred journey guide in the UK and also in Sedona, Arizona. Please go to the contact page and email her for more information or any questions you may have about upcoming Red Rock Chakra tours, retreats and vortex tours in the magic of Sedona for individuals and groups and in the U.K.